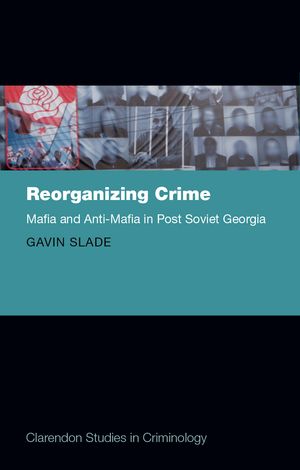 Arising from Soviet prison camps in the 1930s, career criminals known as 'thieves-in-law' exist in one form or another throughout post-Soviet countries and have evolved into major transnational organized criminal networks since the dissolution of the USSR. Intriguingly, this criminal fraternity established a particular stronghold in the republic of Georgia where, by the 1990s, they had formed a mafia network of criminal associations that attempted to monopolize protection in both legal and illegal sectors of the economy. This saturation was to such an extent that thieves-in-law appeared to offer an alternative, and just as powerful, system of governance to the state. Following peaceful regime change with 2003's Rose Revolution, Georgia prioritised reform of the criminal justice system generally, and an attack on the thieves-in-law specifically, using anti-organized crime policies that emulated approaches in Italy and America.

Criminalization of association with thieves-in-law, radical reforms of the police and prisons, educational change, and controversial, draconian and extra-legal measures, amounted to arguably the most sustained anti-mafia policy implemented in any post-Soviet country - a policy the government believed would pull Georgia out of the Soviet past, declaring it a resounding success. Utilising unique access to primary sources of data, including police files, court cases, archives and expert interviews, Reorganizing Crime: Mafia and Anti-Mafia in Post-Soviet Georgia charts both the longevity and decline of the thieves-in-law, exploring the changes in the levels of resilience of members carrying this elite criminal status, and how this resilience has faded since 2005. Through an innovative and engaging analysis of this often misunderstood cohort of organized crime, this book engages with contemporary debates on the resilience of so-called dark networks, such as organized crime groups and terrorist cells, and tests theories of how and why success in challenging such organizations can occur.

Contents:
1. Georgia in 'the Understandings'
2. Resilience and the Decline of Mafias
3. Thieves-in-Law as a Soviet and Post-Soviet Mafia in Georgia
4. Predator vs. Predator: the State and Mafia before and after the Rose Revolution
5. Organizing and Re-Organizing Crime in Georgia
6. Fitting the Frame: Prison and Recruitment
7. 'With My Body and Soul': Commitment and Exit Costs
8. Maintaining Distinction: Social Attitudes to the Criminal Nobility
9. Georgia Outside 'The Understandings'?