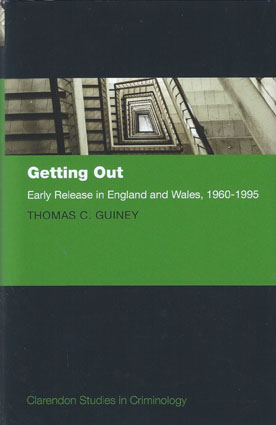 In recent years crime has become a highly contested political issue with implications for the humanity, fairness and effectiveness of the criminal justice system. This book turns current crime debate on its head and examines the circumstances in which politicians and policy-makers have found it desirable to reduce the custodial element of a prison sentence and encourage the rehabilitation of offenders in the community.

Drawing upon a period of detailed archival research this book considers three critical moments of reform which have helped to shape the historical evolution of this secretive and little understood area of public policy. It argues that early release has always been bound up with prevailing societal justifications for punishment and the appropriate use of imprisonment within our liberal democratic system.

It draws attention to the uneasy constitutional balance of power between the judiciary and the executive, and reflects upon the administrative task of governing large captive populations where the hopes and expectations of inmates do not always align with the interests of prison authorities or the community at large.

Getting Out: Early Release in England and Wales, 1960-1995 This book challenges widespread assumptions about policy change and shows how the historical evolution of parole in England and Wales was shaped, to a significant degree, by the legacy of past political choices and the fluid balance of power within government.