Neighbourhood Policing: The Rise and Fall of a Policing Model 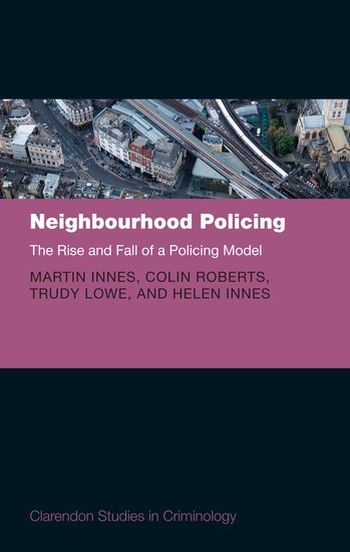 Neighbourhood policing is one of the most significant and high profile innovations in UK policing in recent times. It has also been one of the most successful, garnering widespread political and public support for its objectives and the processes of policing that it has sought to embed. Indeed, it has recently been described as the 'bedrock' of the British policing model. But it was not always so lauded. At the time of its initial development it encountered considerable opposition and scepticism from both within and outside of the police.

This book tells the story of how and why the neighbourhood policing model was originally designed and implemented, and then, what has led to a decline in its prominence in terms of everyday police practice. To do this, Neighbourhood Policing draws upon unparalleled empirical data from the authors' ten-year programme of research to provide unique and compelling insights into the key practices and processes associated with the concept and implementation of neighbourhood policing.

The chapters describe how: key processes and practices have evolved and matured; the ways neighbourhood policing delivers a range of local policing services; as well as how, in some towns and cities, it has provided a platform for tackling violent extremism and organised crime. This approach is used to set out a broader analytic frame that addresses the conditions under which innovative policing models emerge, are developed and decline. In so doing, the book engages with wider and deeper questions about the police function in contemporary society.