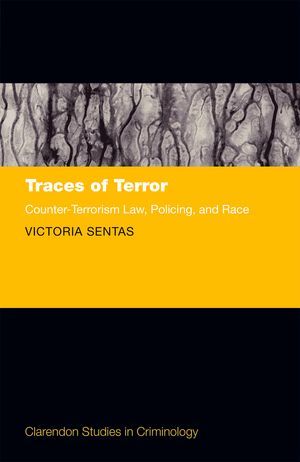 Based on field work in Australia undertaken between 2007 and 2009, Traces of Terror: Counter-Terrorism Law, Policing and Race utilises access to the Victoria Police and assesses their policy impact on Muslim, Somali, Turkish Kurds and Sri Lankan Tamil communities. Drawing on in-depth interviews, participant observations, and legal and policy analysis, the author examines the criminalization and racialization of preparatory offences and 'terrorist organizations', as well as the police and judicial application of contentious concepts, including extremism, radicalization and counter-radicalization. There is thorough analysis of the management of difference, identity and belonging through community policing and social policy, and treatment of expanding police and intelligence powers enacted as a response to combatting terror. Above all, this book traces the persistence of race, racialization and racism in practices presented, on the surface, as 'race neutral' and consensual. From raids and prosecutions, to informal questioning and communitarian forms of regulation, it demonstrates the enduring and shifting meanings of these concepts as practices and their lived, often contradictory effects on the populations who experience them. Evaluating both those who police and those who are policed, Traces of Terror is not a study of police racism nor of experiences of discrimination, but rather an explanation of the enduring organisation of racial power reflected in, and produced by, counter-terrorism.

Contents:
1. Traces in Counter-Terrorism: An Introduction
2. The Hegemony of Race
3. A Motive for Terror: Law and Islam
4. 'No Crime Scenes': The Police and Extremism
5. Policing Social Cohesion: Community Policing for Counter-Terrorism
6. 'We just want to get to know you': The Function of Informal Questioning
7. Disrupting Diaspora: Policing Terrorist Organisations
8. Without an Inventory