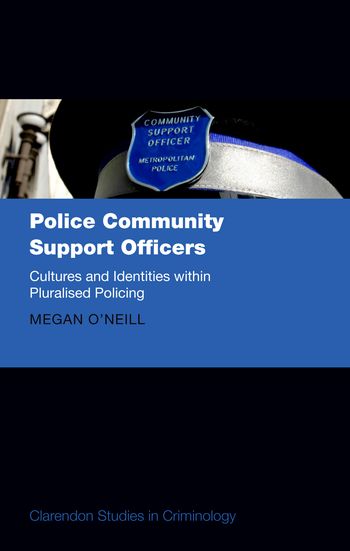 Using a dramaturgic framework, the author finds that PCSOs have been undermined by their own organisations from the beginning, which has left a lasting legacy in terms of their relationships and interactions with police officer colleagues. The implications of this for police cultures, community policing approaches and the success of pluralisation are examined. The author argues that while PCSOs can have similar occupational experiences to constables, their particular circumstances have led to a unique occupational culture, one which has implications for existing police culture theories. The book considers these findings in light of budget reductions and police reforms occurring across the sector, processes in which PCSOs are particularly vulnerable.

Contents:
Context
1: The widening police family, community policing and police culture
2: Researching PCSOs in England and Wales
The PCSO
3: What do PCSOs do?
4: Becoming a PCSO and being institutionally undermined
5: Police family dynamics
Analysis
6: PCSO culture in a pluralised field
7: The culture of contemporary community and plural policing