Police Unlimited: Policing, Migrants, and the Values of Bureaucracy 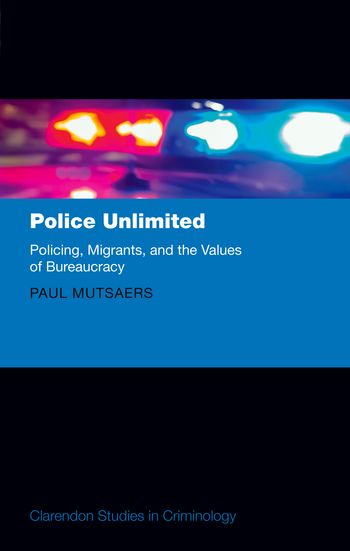 Police Unlimited is centred on the controversial idea that police forces are a focal point for conflict in modern society. Instead of emphasising the socially integrative function of police forces, the book links to a conflict model concerned with its socially divisive effects. Throughout the book, the consequences of this social division are discussed, using a detailed ethnographic study of the Dutch police as a starting point, and extending the analysis out to look at the global situation.

The book is based on a five year ethnography exploring police discrimination in the Dutch police. It examines cases of conflict, both inside and outside the police station, thus covering interethnic tensions at work as well as hostility towards migrants observed while joining officers on patrol. The cases are discussed in light of the corroding public character of Dutch policing and the risks involved in terms of discrimination, and the arbitrary, or even privatized, use of power. Signalling an increased blurring of the private and public spheres in policing, the book warns of an "unlimited" police service that is no longer constrained by the public contours that delineate a legal bureaucracy. To develop a police anthropology, the ethnographic materials are consistently compared with other police ethnographies in the "global north" and "global south". This comparative analysis points out that the demise of bureaucracy makes it increasingly difficult for police organizations across the globe to exclude politics, particularism and populism from their operations.

Police Unlimited addresses the curious position of police organizations in the 21st century through the lens of a police anthropology concerned with deep-seated police discrimination across the world. In an age in which bureaucracy is considered to be the social evil of our time, Police Unlimited offers a controversial message: it is exactly the dehumanized and impersonal nature of bureaucracy that transforms policing into a neutral and fair practice.