Eternal Recurrence of Crime and Control: Essays in Honour of Paul Rock 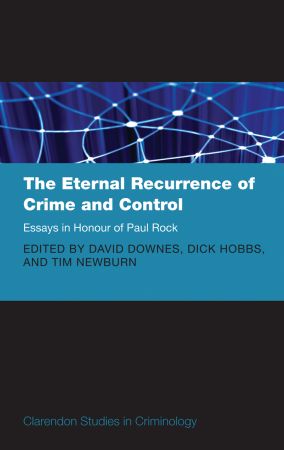 The Eternal Recurrence of Crime and Control features contributions from a distinguished group of criminologists from the UK, the US and Australia, brought together to honour the work of Paul Rock, former Professor of Social Institutions at the London School of Economics.

Edited by Tim Newburn, David Downes and Dick Hobbs, it offers an exploration of the theories which underpin much of current criminological thinking.

The resulting thirteen essays all examine and build upon the central themes associated with Paul Rock's work: social and criminological theory, policy development and policy-making, and victims and victimology.

Together, the chapters draw on some of his landmark publications for inspiration and discuss the key findings presented over his 50 year career. These include his contribution to the theoretical development of symbolic interactionism and approaches to sociological theory and practice, as well as an analysis of the concept of criminal justice as a social institution and the resurgence of treatment programmes for women offenders.

Also of note is a critical study of the Macpherson enquiry into the death of Stephen Lawrence, an ethnographic exploration of the repercussions of incarceration on prisoners' families and inmates, and two papers drawing on Paul Rock's work with victims and secondary victims of homicide.

Contents:
Introduction: Paul RockDavid Downes and Frances Heidensohn:
Poem on the occasion of Paul Rock's retirementKen Plummer:
1: Nicola Rafter: Cesare Lombroso and the reaction to his work in the United States
2: Nigel Fielding: Making, untangling and futuring symbolic interactionism
3: Simon Holdaway: Paul Rock's Sociology: A critique of themes in contemporary criminology
4: David Faulkner: Influences on Criminal Justice Policy 1959-2009
5: Lucia Zedner: Reflections on Criminal Justice as a Social Institution
6: Elaine Player: Prisons Policy: The Redevelopment of Holloway Prison
7: Stephanie Hayman: Transforming the reformers: punitiveness in Canadian federally sentenced women's corrections
8: Robert Reiner: Theories of Policing: A Social Democratic Critique
9: P.A.J. Waddington: A Virtuous Exception? The Macpherson Inquiry and Report into the Murder of Stephen Lawrence and its Investigation
10: Jill Peay: Suicide and Homicide in Psychiatric Hospitals: Caring for Victims?
11: Rachel Condry: Appreciating the Broad Reach of Serious Crime and the Interpretive Power of Claims to Secondary Victimization
12: Megan Comfort: <"I Looked at This as a Beautiful Experience>": Mass Incarceration and the Secondary Prisonization of Intimate Relationships
13: Lawrence Sherman and Heather Strang: Paul Rock and the Criminology of Law-Making: Contingency, Emotions and a Defiance Theory of Victims' Rights;