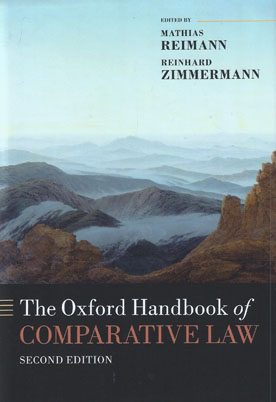 This fully revised and updated second edition of The Oxford Handbook of Comparative Law provides a wide-ranging and diverse critical survey of comparative law at the beginning of the twenty-first century. It summarizes and evaluates a discipline that is time-honoured but not easily understood in all its dimensions. In the current era of globalization, this discipline is more relevant than ever, both on the academic and on the practical level.

The Handbook is divided into three main sections. Section I surveys how comparative law has developed and where it stands today in various parts of the world. This includes not only traditional model jurisdictions, such as France, Germany, and the United States, but also other regions like Eastern Europe, East Asia, and Latin America. Section II then discusses the major approaches to comparative law - its methods, goals, and its relationship with other fields, such as legal history, economics, and linguistics. Finally, section III deals with the status of comparative studies in over a dozen subject matter areas, including the major categories of private, economic, public, and criminal law.

The Handbook contains forty-eight chapters written by experts from around the world. The aim of each chapter is to provide an accessible, original, and critical account of the current state of comparative law in its respective area which will help to shape the agenda in the years to come. Each chapter also includes a short bibliography referencing the definitive works in the field.