The Oxford Handbook of the European Union 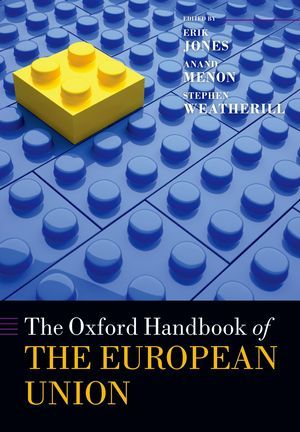 This is an authoritative, one-volume, and independent treatment of the history, functioning and nature of the European integration. Written by a selection of leading scholars.

It covers the major institutions, policies, and events in the history of integration, whilst also providing a guide to the major theoretical approaches that have been used to study it over time. By bringing together such a distinguished cast covering such a wide array of themes, the Handbook is intended as a one stop shop for all those interested in the European Union and its predecessors.

Written in an accessible style, the volume is intended to shape the discipline of EU studies, and to establish itself as the essential point of reference for all those interested in European integration, both in universities and more broadly. It represents a timely guide to an institution that is much discussed but often only imperfectly understood.