The Oxford Handbook of International Law in Asia and the Pacific 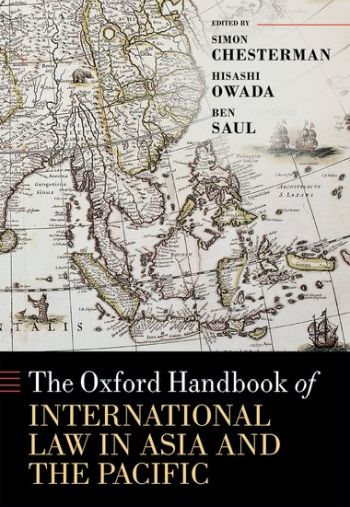 The growing economic and political significance of Asia has exposed a tension in the modern international order. Despite expanding power and influence, Asian states have played a minimal role in creating the norms and institutions of international law; today they are the least likely to be parties to international agreements or to be represented in international organizations.

That is changing. There is widespread scholarly and practitioner interest in international law at present in the Asia-Pacific region, as well as developments in the practice of states. The change has been driven by threats as well as opportunities.

Transnational issues such as climate change and occasional flashpoints like the territorial disputes of the South China and the East China Seas pose challenges while economic integration and the proliferation of specialized branches of law and dispute settlement mechanisms have also encouraged greater domestic implementation of international norms across Asia.

These evolutions join the long-standing interest in parts of Asia (notably South Asia) in post-colonial theory and the history of international law.

The Oxford Handbook of International Law in Asia and the Pacific brings together pre-eminent and emerging specialists to analyse the approach to and influence of key states of the region, as well as whether truly 'Asian' trends can be identified and what this might mean for international order.