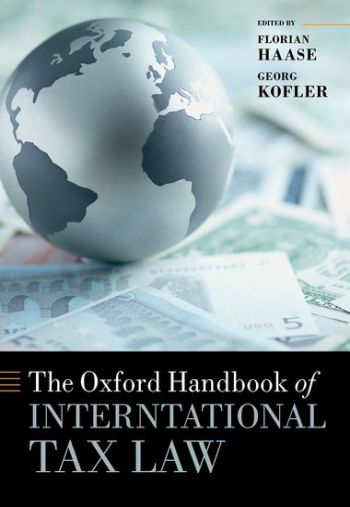 International Tax Law is at a turning point. Increased tax transparency, the tackling of Base Erosion and Profit Shifting (BEPS), the reconstruction of the network of bilateral tax treaties, the renewed discussion about a fair and efficient allocation of taxing rights between States in a global, digitalized economy, and the bold push for minimum corporate taxation are some expressions of this shift. This new era also demonstrates the increased influence of international standard setters such as the OECD, the UN, and the EU. Each of these developments alone has the potential of being disruptive to the traditional world of international tax law, but together they have the potential to reshape the international tax system. The Oxford Handbook of International Tax Law provides a comprehensive exploration of these key issues which will shape the future of tax law.

Divided into eight parts, this handbook traces the history of international tax law from its earliest days until the present, including reflections on the developments that have characterized the last one hundred years. The second section places tax law within the broader international context considering how it relates to public and private international law, as well as corporate, trade, and criminal law. Sections three and four consider key legal principles and issues such as regional tax treaty models, OECD dispute resolution, and transfer pricing versus formulary apportionment. Subsequent analysis places these issues within their European and cross-border contexts providing an assessment of the role of the ECJ, state aid, and cross-border VAT. Section seven broadens the scope of this analysis, asking how trends in recent major economies and regions have helped shape the current outlook. The final section considers emerging issues and the future of international tax law.

With over sixty authors from 28 different countries, The Oxford Handbook of International Tax Law is an invaluable resource for scholars, academics, and practitioners alike.