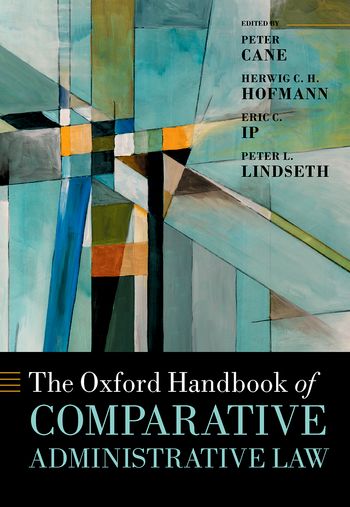 The comparative study of administrative law has a long history dating back more than 200 years. It has enjoyed a renaissance in the past 15 years or so and now sits alongside fields such as comparative constitutional law and global administrative law as a well-established area of scholarly research. This book is the first to provide a broad and systematic view of the subject both in terms of the topics covered and the legal traditions surveyed.

Administrative law is concerned with the conferral, nature, exercise, and legal control of administrative (or 'executive') governmental power. It has close links with other areas of 'public law', notably constitutional law and international law. It is of great interest and importance not only to lawyers but also to students of politics, government, and public policy. Studying public law comparatively helps to identify both similarities and differences between the way government power and its control is managed in different countries and legal traditions.