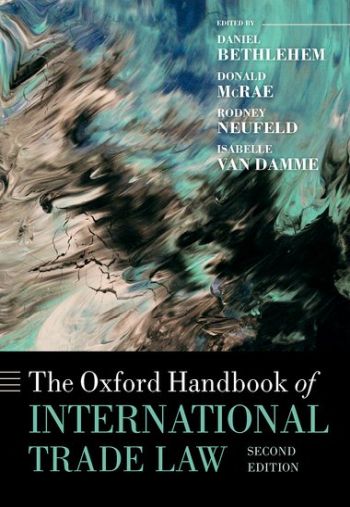 The rules and regulations governing international trade have grown at an exponential rate in the years since the Uruguay Round agreements established the WTO in 1995. These agreements continue to act as the multilateral foundation of the body of law, which is being expanded by its own committees and in new arrangements. As the international trade law system grows, it comes under increasing scrutiny from scholars, government officials, and trade law practitioners, it raises questions about the overlap with other international legal, political, and economic regimes.

The second edition broadens the scope of analysis beyond the WTO, analysing regional trade agreements and preferential trade arrangements, including the Trans-Pacific Partnership, and Canada-EU Trade Agreement. The new edition also considers developments within the WTO such as in the area of agricultural export subsidies, and the Trade Facilitation Agreement.