The Role of Monarchy in Modern Democracy: European Monarchies Compared 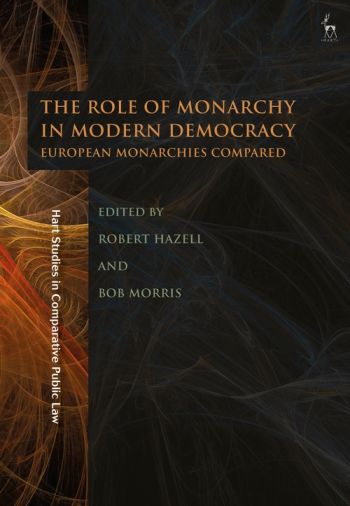 How much power does a monarch really have? How much autonomy do they enjoy? Who regulates the size of the royal family, their finances, the rules of succession? These are some of the questions considered in this edited collection on the monarchies of Europe.

The book is written by experts from Belgium, Denmark, Luxembourg, the Netherlands, Norway, Spain, Sweden and the UK. It considers the constitutional and political role of monarchy, its powers and functions, how it is defined and regulated, the laws of succession and royal finances, relations with the media, the popularity of the monarchy and why it endures.

No new political theory on this topic has been developed since Bagehot wrote about the monarchy in The English Constitution (1867). The same is true of the other European monarchies. 150 years on, with their formal powers greatly reduced, how has this ancient, hereditary institution managed to survive and what is a modern monarch's role? What theory can be derived about the role of monarchy in advanced democracies, and what lessons can the different European monarchies learn from each other?

The public look to the monarchy to represent continuity, stability and tradition, but also want it to be modern, to reflect modern values and be a focus for national identity. The whole institution is shot through with contradictions, myths and misunderstandings. This book should lead to a more realistic debate about our expectations of the monarchy, its role and its future. The contributors are leading experts from all over Europe: Rudy Andeweg, Ian Bradley, Paul Bovend'Eert, Axel Calissendorff, Frank Cranmer, Robert Hazell, Olivia Hepsworth, Luc Heuschling, Helle Krunke, Bob Morris, Roger Mortimore, Lennart Nilsson, Philip Murphy, Quentin Pironnet, Bart van Poelgeest, Frank Prochaska, Charles Powell, Jean Seaton, Eivind Smith.