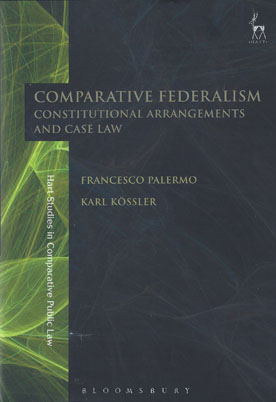 This book offers a detailed analysis of the legal dimension and practical implementation of federalism in different European systems, taking into account their transformation under globalization and supranational integration in the EU.

The book argues that modern forms of federalism have become increasingly diverse, evolving beyond the traditional concept of the aggregation of sovereign states to encompass both traditional federal states and also those created by more recent devolutionary processes. This requires a comparative legal analysis which challenges the rigid distinction between federalism and regionalism, and allows us to understand both concepts under a common framework adapted to contemporary federalism.

Such an analysis engages issues at the forefront of modern federalism, such as: the increasing interest in the relationship between federal and regional systems; the effect of globalization on these systems; the role of the courts in interpreting intergovernmental relations; and the effect these have on practitioners, policy-makers and civil servants operating within federal and regional systems.

The book will be of interest to comparative public and constitutional lawyers, lawyers with an interest in federalism and regionalism, EU lawyers, and policymakers and civil servants.