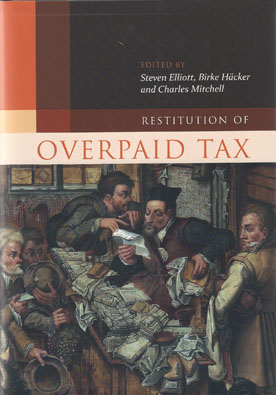 In Woolwich v IRC [1993] AC 70 (HL), the House of Lords held that taxes unlawfully exacted by the Revenue are recoverable by the taxpayer as of right. However, the torrent of subsequent litigation and commentary demonstrates that many fundamental elements of the Woolwich principle still remain to be resolved. Collosal amounts of money hinge on these issues.

The essays in this collection explore these issues of restitution of overpaid taxes from various perspectives including the tax background, various private law claims, alternative public law approaches, defences, and remedies, and in the light of leading cases from various jurisdictions, such as Australia, Canada, the EU, Germany, and Ireland, as well as the UK.