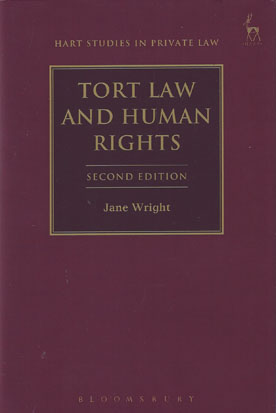 This is a completely revised and expanded second edition, building on the first edition with two principal aims: first, to elucidate the role that domestic tort principles (including the new "remedy" under the Human Rights Act 1998) play in securing to citizens the human rights standards laid down in the European Convention on Human Rights and, secondly, to evaluate tort principles for compliance with those standards.

The first edition was written when the Human Rights Act 1998 was newly enacted and many questions existed as to its potential impact on tort law; answers to many of the questions which were raised at that time are only now emerging. Therefore the text has been completely updated to reflect these developments.

Whether it is appropriate to attribute particular goals and functions to tort law is highly contested and the analysis begins by locating the discussion within these contemporary debates. The author goes on to examine the extent to which the action against public authorities under section 7 of the Act has impacted on the development of common law principles as well as the issue of horizontal effect of the Act between non-state actors. New chapters include: Public Authority Liability, Privacy and Autonomy Rights, Land Torts and Death.