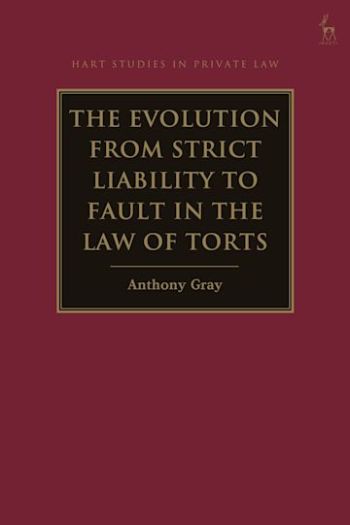 Gradually, the law of tort has shifted away from a strict-liability approach to one where fault predominates. This book charts important case law documenting this shift. It seeks to understand how and why it occurred. Given that the Rylands v Fletcher decision is typically seen as a prime exemplar of strict liability, it focusses particularly on that case, as part of the historical development of tort law. It considers the intellectual arguments made in favour of strict liability, and for fault-based liability. Having done so, it then focusses on particular areas of the law of tort, including nuisance, defamation and trespass. It is somewhat anomalous that though most would view these as examples of torts of strict liability, fault considerations have become prominent in their application. This presents an uneasy compromise, where torts that are notionally strict in nature are infused with fault considerations, often through exceptions or defences. This book advocates for further development in the law of tort to better reflect a primarily fault-based approach to liability, at least in the common law. This would make the law of tort more coherent.