International Law and the War with Islamic State: Challenges for Jus ad Bellum and Jus in Bello (eBook) 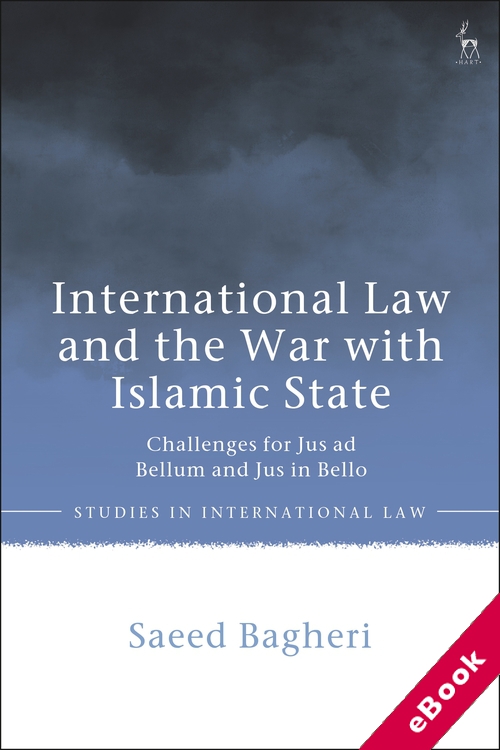 
ISBN13: 9781509950522
Published: August 2021
Publisher: Hart Publishing
Country of Publication: UK
Format: eBook (ePub)
Price: £76.50
The amount of VAT charged may change depending on your location of use.
Convert Currency


Due to publisher restrictions, international orders for ebooks may need to be confirmed by our staff during shop opening hours. Our trading hours are Monday to Friday, 8.45am to 6.00pm, London, UK time.

Armed non-state actors (ANSAs) often have economic aims that international law needs to respond to. This book looks at the aim of Islamic State to create an effective government, with an economically independent regime, which focused on key oilfields in Syria and Iraq. Having addressed Islamic State's quest for energy resources in Iraq and Syria, the book explores the lawfulness of the war with Islamic State from a variety of legal aspects. It has been attempted to make inroads into the most controversial aspects of contradictions in the application of jus ad bellum and jus in bello, particularly when discussing the use of extraterritorial armed force against ANSAs, and the obligation to protect civilian objects, including the natural environment.

The question is whether the targeting of energy resources should be regarded as a violation of the laws of armed conflict, even though the war with Islamic State being classified as a non-international armed conflict. Ambitious in scope, the study argues that legal theory and state practice are still problematic as to how and under what conditions states can justify resorting to military force in foreign territory, and to what extent they can target natural resources as being part of state property. Furthermore, it goes on to examine the differences between international and non-international armed conflicts, to establish whether there is any difference in the targeting of energy resources as part of the war-sustaining capabilities of either party.

Through an examination of the Islamic State case, the book offers a comprehensive study to close the gaps in jus in bello by contextualising the questions of civilian protection, victimisation and state responsibility by evaluating the US's war-sustaining theory as a justification for the destruction of a territorial state's natural resources that are occupied by ANSAs.