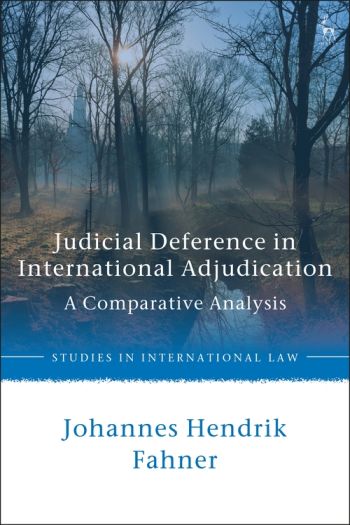 International courts and tribunals are increasingly asked to pass judgment on matters that are traditionally considered to fall within the domestic jurisdiction of States. Especially in the fields of human rights, investment, and trade law, international adjudicators commonly evaluate decisions of national authorities that have been made in the course of democratic procedures and public deliberation. A controversial question is whether international adjudicators should review such decisions de novo or show deference to domestic authorities. This book investigates how various international courts and tribunals have responded to this question. In addition to a comparative analysis, the book provides a normative argument, discussing whether different forms of deference are justified in international adjudication. It proposes a distinction between epistemic deference, which is based on the superior capacity of domestic authorities to make factual and technical assessments, and constitutional deference, which is based on the democratic legitimacy of domestic decision-making.

The book concludes that epistemic deference is a prudent acknowledgement of the limited expertise of international adjudicators, whereas the case for constitutional deference depends on the relative power of the reviewing court vis-à-vis the domestic legal order.