The Readmission of Asylum Seekers under International Law 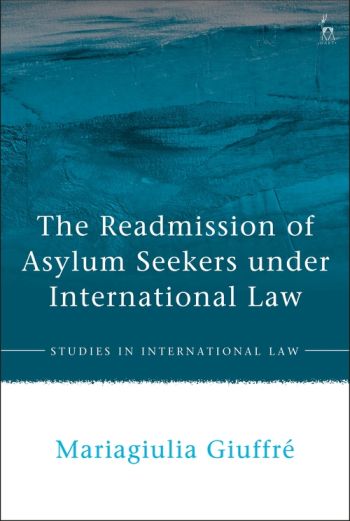 As discourses relating to refugees' access to territory, rescue at sea, and removal dominate political debate as never before, this monograph simply could not be more timely.

Looking at the questions which lie at the junction of migration control and refugee law standards, it explores the extent to which readmission can hamper refugees' access to protection. Though it draws mainly on European law, notably the European Convention of Human Rights, it also examines other international frameworks, including those at the United Nations level and instruments such as the Refugee Convention.

Therefore, this book is of importance to a broad international law, refugee law, human rights and migration studies audience at the global level, and its readership may range from students and scholars to human rights judges and lawyers as well as government officers, policy-makers and intergovernmental and non-governmental organisations (NGOs).

It offers an analysis of both the legal and policy questions at play, in order to ensure its full engagement with widely-disputed cases concerning readmission agreements, deportation with assurances, and interception at sea. By so doing, it seeks to clarify a complex field, which has at times suffered from a partiality in both its terminology and substance.

Private Actors as Participants in International Law: A Critical Analysis of Membership under the Law of the Sea
Armando Rocha
ISBN 9781509948130
To be published March 2023
Hart Publishing
£41.99

General Principles as a Source of International Law: Art 38(1)(c) of the Statute of the International Court of Justice
Imogen Saunders
ISBN 9781509936069
Published February 2021
Hart Publishing
£93.00

The International Committee of the Red Cross and its Mandate to Protect and Assist: Law and Practice
Christy Shucksmith
ISBN 9781509935727
Published December 2019
Hart Publishing
£33.99