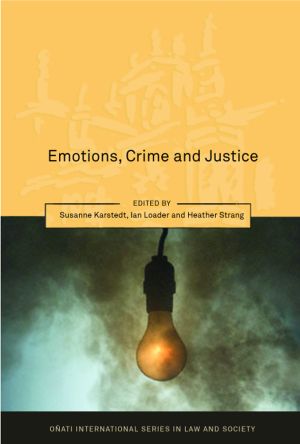 The return of emotions to debates about crime and criminal justice has been a striking development of recent decades across many jurisdictions. This has been registered in the return of shame to justice procedures, a heightened focus on victims and their emotional needs, fear of crime as a major preoccupation of citizens and politicians, and highly emotionalized public discourses on crime and justice. But how can we best make sense of these developments? Do we need to create 'emotionally intelligent' justice systems, or are we messing recklessly with the rational foundations of liberal criminal justice?

This volume brings together leading criminologists and sociologists from across the world in a much needed conversation about how to re-calibrate reason and emotion in crime and justice today. The contributions range from the micro-analysis of emotions in violent encounters to the paradoxes and tensions that arise from the emotionalization of criminal justice in the public sphere. They explore the emotional labour of workers in police and penal institutions, the justice experiences of victims and offenders, and the role of vengeance, forgiveness and regret in the aftermath of violence and conflict resolution. The result is a set of original essays which offer a fresh and timely perspective on problems of crime and justice in contemporary liberal democracies.