Gender and Careers in the Legal Academy 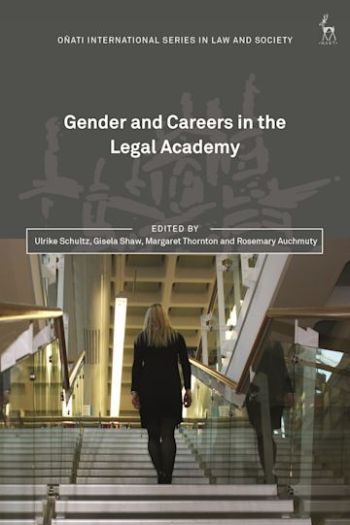 In the past fifteen years there has been a marked increase in the international scholarship relating to women in law. The lives and careers of women in legal practice and the judiciary have been extensively documented and critiqued, but the central conundrum remains: Does the presence of women make a difference?

What has been largely overlooked in the literature is the position of women in the legal academy, although central to the changing culture. To remedy the oversight, an international network of scholars embarked on a comparative study, which resulted in this path-breaking book.

The contributors uncover fascinating accounts of the careers of the academic pioneers as well as exploring broader theoretical issues relating to gender and culture. The provocative question as to whether the presence of women makes a difference informs each contribution.

The Right to the Continuous Improvement of Living Conditions: Responding to Complex Global Challenges
Edited by: Jessie Hohmann, Beth Goldblatt
ISBN 9781509947874
To be published May 2023
Hart Publishing
£42.99

Combining the Legal and the Social in Sociology of Law: An Homage to Reza Banakar
Edited by: Håkan Hydén, Roger Cotterrell, David Nelken, Ulrike Schultz
ISBN 9781509959389
To be published February 2023
Hart Publishing
£100.00