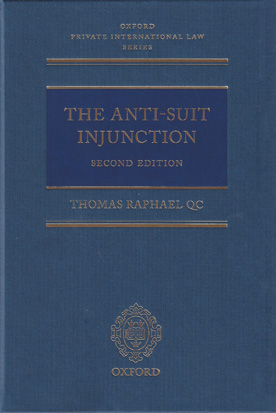 In these circumstances, a party preferring to conduct its litigation in England would need to determine whether it might be possible and effective to obtain an anti-suit injunction to restrain the other party from conducting its proceedings in another jurisdiction.

The second edition of The Anti-Suit Injunction provides a comprehensive update on all relevant changes in the law since the publication of the first edition. The book presents a thorough analysis of the anti-suit injunction in practice and principle, digesting all the case law and explaining the theoretical issues arising from it. Its scope is now extended to include an analysis of Commonwealth case law, which casts a new light on English law.