Law and Society in Latin America: A New Map 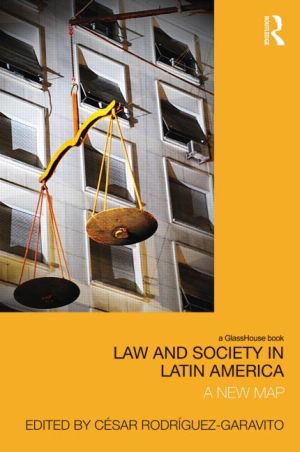 Legal thought and practice in Latin America has changed dramatically in the last two decades. First: new constitutions or constitutional reforms have marked the transition to democracy of the vast majority of the countries in the region and introduced fundamental institutional innovations, such as judicial review. Second: processes of globalization have had profound impacts on Latin American law. On the one hand, together with the liberalization of national economies, there has been an intensive importation of legal ideas and institutions - from the commercial and financial regulations promoted by the World Bank and World Trade Organization, to the adversarial criminal justice system inspired by the United States. On the other hand, the globalization of human rights has had a fundamental impact - as demonstrated by the multiplication of laws, institutions, and public debates about the rights of groups that historically faced discrimination, and about the punishment of serious human rights violations committed by past or present authoritarian governments. After more than twenty years, these and other processes have not only radically altered the institutional landscape of the region, but also produced academic and practical innovations that are of global interest.

Contents:
Introduction. A New Map for Latin American Legal Thought, Cesar Rodriguez Garavito
Part I: The Context: Inequality, Violence, and Globalization
1. Structural Inequality and the Rule of Law, Oscar Vilhena Vieira
2. Constitution or barbarism? How to Rethink the Law in "Lawless" Areas, Julieta Lemaitre Ripoll
3. Navigating Globalization: A World Map for the Study and Practice of Law in Latin America, Cesar Rodriguez Garavito
Part II: Constitution, Rule of Law, and Legal Culture
4. Thinking about Constitutional Reform in Latin America, Roberto Gargarella
5. The Recent Constitutional Transformations in Latin America: Trends and Challenges, Rodrigo Uprimny
6. The Horizon of Pluralist Constitutionalism: From Multiculturalism to Decolonization, Raquel Z. Yrigoyen Fajardo
7. Ineffectiveness of the Law and the Culture of Non-Compliance with Rules in Latin America, Mauricio Garcia Villegas
8. Lusus Naturae, Martin Bohmer
Part III: Human Rights, Courts, and International Law
9. Autonomy and Subsidiarity: The Inter-American System of Human Rights Versus National Justice Systems, Victor Abramovich
10. Constitutional Justice and Protection of Rights in Latin America: The Debate About the Regionalization of Activism, Francisca Pou Gimenez
11. Inter-American Constitutionalism: Some Notes on the Dynamics of Creation and Internalization of Human Rights, Jorge Contesse Singh
12. Persistent Problems and Emerging Challenges Relating to Freedom of Expression in the Americas, Catalina Botero Marino
13. Indigenous Peoples and Rights in Latin America, Rachel Sieder
14. Social rights, the Environment, and Development. Reflections on a Successful Case, Ronaldo Porto Macedo
Part IV: The Challenges of Justice
15. Control and Observation of Judicial Power: The Publicization of the Actions and Trajectories of the Judges on the Supreme Federal Tribunal, Leonardo Avritzer and Fernando Filgueiras
16. Citizen Insecurity and Human Rights: Through the Deconstruccion of a Securitist Discourse and on to a New Criminal Law, Ramiro Avila Santamaria
17. Measuring Justice: The Case of the Index of Confidence in Justice (ICJ) in Brazil, Luciana Gross

Violence Against Women in Legally Plural Settings: Experiences and Lessons from the Andes
Anna Barrera
ISBN 9781138092815
Published May 2017
Routledge
£42.99

Policing and Human Rights: The Meaning of Violence and Justice in the Everyday Policing of Johannesburg
Julia Hornberger
ISBN 9780415833165
Published September 2013
Routledge
£46.99

Policing and Human Rights: The Meaning of Violence and Justice in the Everyday Policing of Johannesburg
Julia Hornberger
ISBN 9780415610681
Published April 2011
Routledge
£130.00

Policing and Human Rights: The Meaning of Violence and Justice in the Everyday Policing of Johannesburg (eBook)
Julia Hornberger
ISBN 9781136746970
Published April 2011
Routledge
£42.29