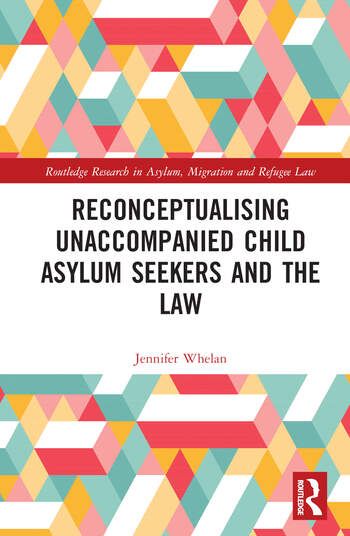 Unaccompanied child asylum seekers are amongst the world’s most vulnerable populations and their numbers are increasing. The intersection of their age, their seeking asylum, and separation from their parents creates a specific and acute triple burden of vulnerability. Their precariousness has long been recognised in international human rights law. Yet human rights-based responses have been subordinated to progressive global securitisation of irregular migration through interception, interdiction, extraterritorial processing, and immigration detention. Such an approach necessitates an urgent paradigm shift in how we comprehend their needs as children, the impact of punitive border control laws on them, and the responsibility of states to these children when they arrive at their borders seeking asylum.

This book reconceptualises the relationship between unaccompanied child asylum seekers and states. It proposes a new conceptual framework by applying international human rights law, childhood studies, and vulnerability theory scholarship in analysing state obligations to respond to these children. This framework incorporates a robust analysis of the operation and impact of laws on vulnerable populations, a taxonomy for articulating the gravity of any consequent harms, and a method to prioritise recommendations for reform.

The book then illustrates the frameworks utility using Australia’s treatment of unaccompanied children as a case study. This book illuminates key learnings from human rights law, childhood studies, and vulnerability theory and transforms them into a new roadmap for law reform. As such, it will be a valuable practice-based resource for practitioners, non-government organisations, advocates, policymakers, and the general public interested in advocating for the rights of vulnerable populations as well as for academics, researchers and students of human rights law, refugee law, childhood studies and vulnerability studies.

Asylum-Seeker and Refugee Protection in Sub-Saharan Africa: The Peregrination of a Persecuted Human Being in Search of a Safe Haven
Cristiano d'Orsi
ISBN 9781138094253
Published April 2017
Routledge
£42.99

Asylum-Seeker and Refugee Protection in Sub-Saharan Africa: The Peregrination of a Persecuted Human Being in Search of a Safe Haven (eBook)
Cristiano d'Orsi
ISBN 9781317669814
Published August 2015
Routledge
£38.69