This book is now Out of Print.
A new edition has been published, the details can be seen here:
The Law of International Watercourses 3rd ed isbn 9780198736929 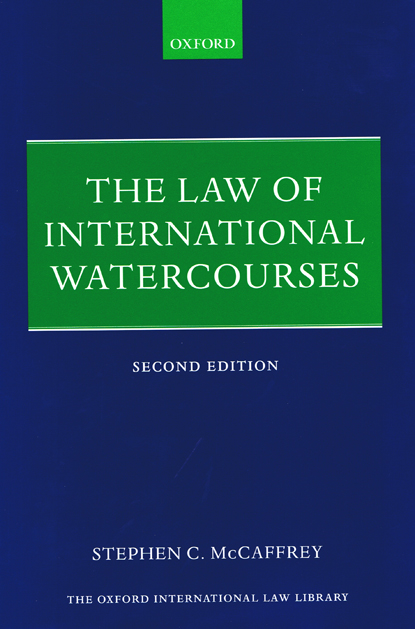 
The Law of International Watercourses examines the rules of international law governing the navigational and non-navigational uses of international watercourses. The continued growth of the world's population places increasing demands on Earth's finite supplies of fresh water. Because two or more states share many of the world's most important drainage basins - including the Danube, the Ganges, the Indus, the Jordan, the Mekong, the Nile, the Rhine and the Tigris-Euphrates - competition for increasingly scarce fresh water resources is likely to increase. Agreements between the states sharing international watercourses will be negotiated, and disputes over shared water will be resolved, against the backdrop of the rules of international law governing the use of this precious resource.

The basic legal rules governing the use of shared freshwater for purposes other than navigation are reflected in the 1997 UN Convention on the Law of the Non-Navigational Uses of International Watercourses. This book devotes a chapter to the 1997 Convention but also examines the factual and legal context in which the Convention should be understood, considers the more important rules of the Convention in some depth and discusses specific issues that could not be addressed in a framework instrument of that kind. The book reviews the major cases and controversies concerning international watercourses as a background against which to consider the basic substantive and procedural rights and obligations of states in the field.

The present second edition adds a chapter on the law of navigation on international waterways. The chapter considers the historical development of the law of freedom of navigation, reviews the major cases in the field and draws conclusions regarding the present state of the law.

This edition also updates the entire book, adds new material to many of the chapters and adds a number of new case studies to the chapter devoted to those.