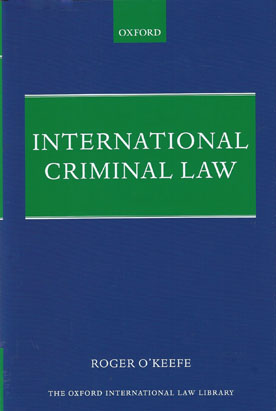 This book presents a comprehensive overview of the field, assessing the subject in the context of wider public international law. In particular, this book complements discussion of the 'core crimes' of genocide, crimes against humanity, and war crimes, with a full treatment of wider issues that arise.