Constitutional Pluralism in the European Union and Beyond 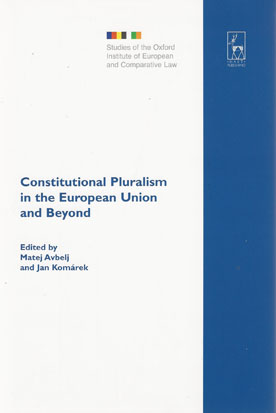 Constitutional pluralism has become immensely popular among scholars who study European integration and issues of global governance. Some of them believe that constitutionalism, traditionally thought to be bound to a nation state, can emerge beyond state's borders - most importantly in the process of European integration, but also beyond that, e.g. in international regulatory regimes such as the WTO, or international systems of fundamental rights protection, such as the European Convention.

At the same time, the idea of constitutional pluralism has not gone unchallenged. Some have questioned its compatibility with the very nature of law and the values which law brings to constitutionalism. The critiques have come from both sides: from those who believe in the 'traditional' European constitutionalism based on a hierarchically superior authority of the European Union as well as from scholars focusing on constitutions of particular states.