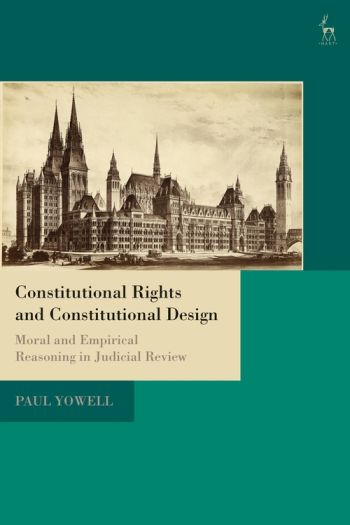 The decisions courts make in constitutional rights cases pervade our political life and touch on our most basic interests and values. The spread of judicial review of legislation around the world means that courts are increasingly called on to settle matters of moral and political controversy, including assisted suicide, data privacy, anti-terrorism measures, marriage, and abortion.

But doubts regarding the institutional capacities of courts for deciding such questions are growing. Judges now regularly review social science research to assess whether a law will effectively achieve its aim, and at what cost to other interests. They cite studies and statistical information from psychology, sociology, medicine, and other disciplines in which they are rarely trained. This empirical reasoning proceeds alongside open-ended moral reasoning, with judges employing terms such as equality, liberty, and autonomy, then determining what these require in concrete circumstances. This book shows that courts were not designed for this kind of moral and empirical reasoning. It argues that in comparison to legislatures, the institutional capacities of courts are deficient. Legislatures are better equipped than courts for deliberating and decision-making in regard to the kinds of factual and moral issues that arise in constitutional rights cases.