Select Proceedings of the European Society of International Law: 2014: Volume 5 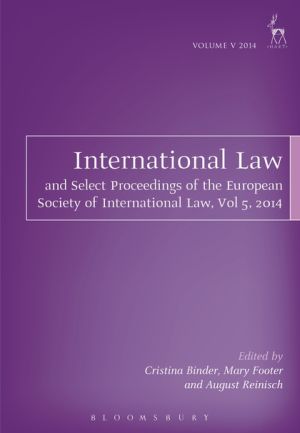 The European Society of International Law (ESIL) is known for its particularly dynamic character. After 10 years of existence it has proven that it is one of the most cutting-edge scholarly associations in the field of public international law.

At its 10th anniversary Conference in September 2014, which was held in Vienna, participants assembled in order to discuss 'International law and...' the proceedings of which are published here. Going beyond the usual related disciplines of political science, international relations, economics and history, this conference ventured into less well-trodden paths, exploring the links between international law and cinema, philosophy, sports, the arts and other areas of human endeavour.