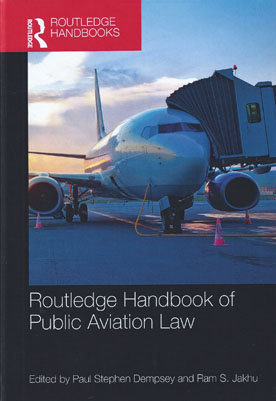 Bringing together leading scholars in the field, this prestige reference work provides a comprehensive and comparative overview of Public Aviation Law. It surveys the state of the discipline including contemporary and emerging areas of law, regulation and public policy in air transportation.