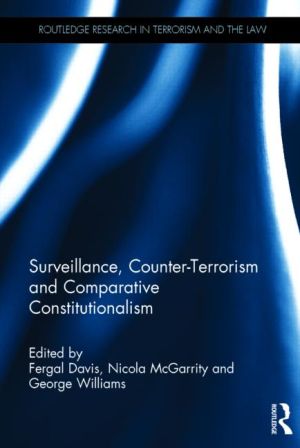 The decade after the September 11, 2001 terrorist attacks saw the enactment of anti-terrorism laws around the world that challenged understandings and assumptions about public institutions, human rights and constitutional law. Many of those laws remain on the statute books and continue to have a profound impact on constitutionalism and the rule of law. One of the most striking and rapid areas of development has been the conferral of increased powers of surveillance on law enforcement and intelligence agencies. The chapters in this edited book examine the impact of these powers on constitutionalism at both the domestic and international levels.

Series: Routledge Research in Terrorism and the Law