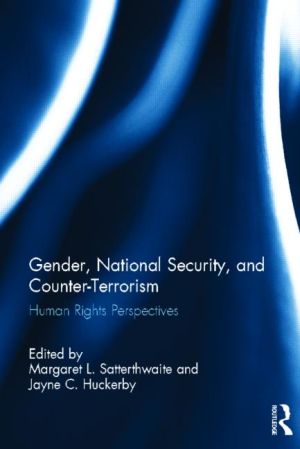 From its inception, the "War on Terror" has been a heavily gendered endeavour. Governments have overwhelmingly targeted men for profiling, detention and interrogation, have used gendered narratives in support of military action, and have actively deployed gendered forms of coercion in their interrogation programs. These explicit gendered impacts join many unexamined but nevertheless equally forceful indirect impacts that have gender dimensions, including the effects on women of detention policies and the economic and social impacts on women of shifting government priorities toward security measures. A careful examination of counter-terrorism campaigns outside the current "War on Terror," reveals that such national security efforts also have a complex--but often unexplored--relationship to gender.

Series: Routledge Research in Terrorism and the Law