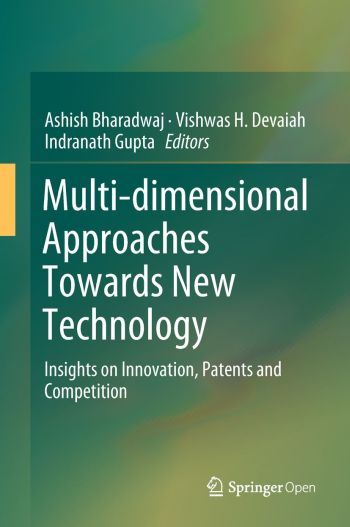 This edited book captures the complexities and conflicts arising at the interface of intellectual property rights (IPR) and competition law. To do so, it discusses four specific themes: (a) policies governing functioning of standard setting organizations (SSOs), transparency and incentivising future innovation; (b) issue of royalties for standard essential patents (SEPs) and related disputes; (c) due process principles, procedural fairness and best practices in competition law; and (d) coherence of patent policies and consonance with competition law to support innovation in new technologies.

Many countries have formulated policies and re-oriented their economies to foster technological innovation as it is seen as a major source of economic growth. At the same time, there have been tensions between patent laws and competition laws, despite the fact that both are intended to enhance consumer welfare. In this regard, licensing of SEPs has been debated extensively, although in most instances, innovators and implementers successfully negotiate licensing of SEPs. However, there have been instances where disagreements on royalty base and royalty rates, terms of licensing, bundling of patents in licenses, pooling of licenses have arisen, and this has resulted in a surge of litigation in various jurisdictions and also drawn the attention of competition/anti-trust regulators. Further, a lingering lack of consensus among scholars, industry experts and regulators regarding solutions and techniques that are apposite in these matters across jurisdictions has added to the confusion. This book looks at the processes adopted by the competition/anti-trust regulators to apply the principles of due process and procedural fairness in investigating abuse of dominance cases against innovators.

Contents:
Introduction
1. Unwired Planet v. Huawei: Major Progress in Putting "FRAND" into FRAND Licensing
2. The Role of the European Commission in the Development of the ETSI IPR Policy and the nature of FRAND in Standardization
Blockchain Technology in Aid of Trademark Protection
Understanding the Nuances in the Interplay Between IPRs and Competition Law
Do Strategic Actions Speak Louder Than Words? A Framework to Formulate a National IP Policy
The Development and Theoretical Controversy of SEP Licensing Practices in China
The Interaction Between IP and Competition Laws in the EU: Necessity of Convergent Interpretation with the Principles Established by Relevant Case Law
IP, patents and competition law in Australia
Regulating Abuse of SEPs in Mobile Communications Market: Reviewing the Qualcomm Cases in Korea
"Predatory" patent practices: A telecom perspective
The Demographics of Intellectual Property
Innovation, economic value and welfare implications of digital economy
Market competition and IP infringement in the solar off-grid sector
Innovation and Intellectual Property: Perspectives from Indian Small & Medium Enterprises (SMEs)
When Competition Agencies Harm Competition: Essential Patents
Antitrust Economics in the New Digital Economy
Standard Essential Patents vis-a-vis IPR and Competition Law in India - Is there a Regulatory Overlap?
Classic Theory of Tort Liability and Infringement of SEPs: A Law and Economics Approach
A shift in the perception of SDO role and policy, and the impact on SEPs, FRAND licensing, and standard setting processes
How Should Antitrust Law Account for Innovation as an Aspect of Competitive Analysis?
Competition Law and Standard Essential Patent (SEP) in India: Reminiscences of a Commissioner
Interplay of competition and IPR elements: Case of the payment and settlement systems market in India.