Autonomous Versus Domestic Concepts under the New York Convention 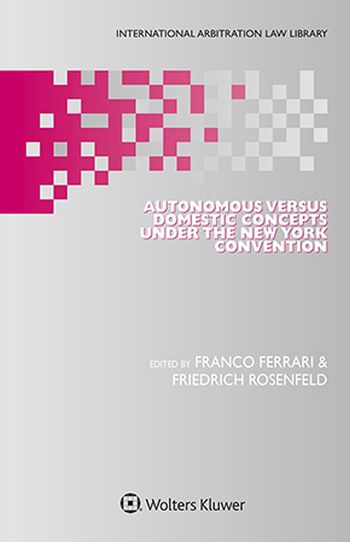 What’s in this book:

With extensive reference to case law from major arbitration hubs, this remarkable book sets out the methodology required to interpret the Convention as an instrument of uniform law. It applies this methodology to certain key concepts which include the following:

This one-of-a-kind book provides an invaluable clarification of the extent to which the Convention leaves room for the application of domestic law and, if so, how to determine which particular domestic law may be applicable. It will be welcomed by counsel, judges, arbitrators, and academics throughout the States that have signed the New York Convention.

The Right of States to Regulate in International Investment Law: The Search for Balance Between Public Interest and Fair and Equitable Treatment
Yulia Levashova
ISBN 9789403509310
Published July 2019
Kluwer Law International
£141.00