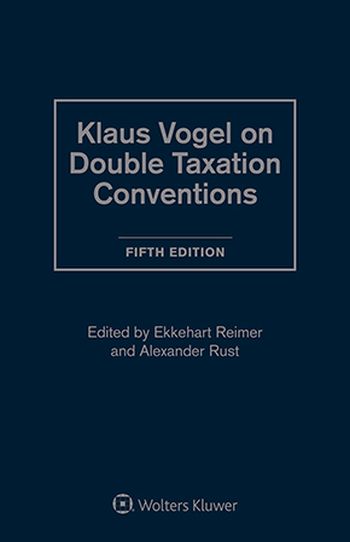 Klaus Vogel on Double Taxation Conventions is regarded as the international gold standard on the law of tax treaties. This article-by-article commentary has been completely revised and updated to give you a full and current account of double tax conventions (DTCs).

DTCs form the backbone of international taxation, but they raise many interpretational questions. This market leading work will provide you with the answers. Based on the OECD/G20 Multilateral Instrument, the OECD MC and Commentary published in 2017 and the most recent amendments to the UN MC, the book also includes relevant case law and scholarly literature upto and including 2020.

Previous editions of the Vogel have been routinely relied on by courts around the world (including Australia, Canada, Germany, India, South Africa, the Netherlands and United Kingdom).

What’s new in this edition?

There have been many important developments in this area since the last edition in 2015. The authors discuss these developments and the effect they will have upon practitioners working in this area. They also provide a wealth of new and revised case law, along with the DTCs of emerging countries.

Reports about major features in the DTC practice of many leading jurisdictions, such as:

This new Fifth Edition of Klaus Vogel on Double Taxation Conventions continues to reflect the unchallenged role of the OECD. The OECD MC, accompanied by the official Commentary, guidelines, reports and other recommendations, has sustained its position as the most important legal instrument in the area of DTCs. On occasion, the UN MC and Commentary diverge from the OECD texts. When this happens, the authors deal with the specifics of the UN MC in separate annotations and analyses, explaining and making sure you understand the differences.

The editors, Professors Ekkehart Reimer and Alexander Rust, have worked with the late Professor Vogel as well as an international team of top experts to completely update and enhance the content.