50 Years of the New York Convention 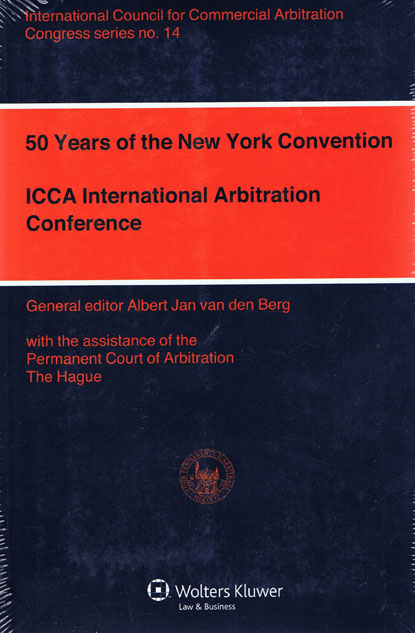 Volume 14 of ICCA Congress Series, The New York Convention at 50 comprises the proceedings of the ICCA Conference held in Dublin in 2008 on the fiftieth anniversary of the 1958 New York Convention on the Recognition and Enforcement of Foreign Arbitral Awards.

One of the highlights of the Conference was a Plenary Session in which the world’s leading arbitration experts debated the need to revise the New York Convention. This discussion, along with the text of a preliminary draft of the revised Convention presented during the Conference, is reported in this volume.

and Rules-Based Solutions to Procedural Issues, with contributions on:- The volume also includes transcripts of the Round Table Session assessing the revisions to the UNCITRAL Rules on International Commercial Arbitration and of an Open Discussion on Recent Developments in International Arbitration.

New Trends in the Development of International Commercial Arbitration and the Role of Arbitral and Other Institutions
Edited by: Pieter Sanders
ISBN 9789065441201
Published October 1985
Kluwer Law International
£177.00