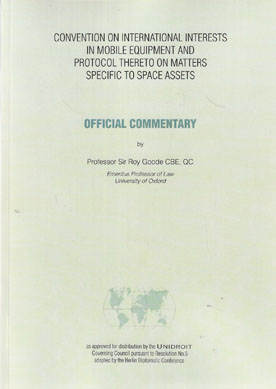 The 2001 Cape Town Convention on International Interests in Mobile Equipment and associated Protocols represent one of the most ambitious and imaginative private commercial law projects ever to have been concluded. By providing an international legal regimen for security and related interests in aircraft objects, railway rolling stock and space assets, the Convention and Protocol help to reduce legal uncertainty caused by differences in national laws and thereby open up to developing countries access to finance at reasonable cost. The Convention has already secured 55 ratifications and more are in the pipeline.

This new Official Commentary provides a detailed analysis of the Convention and Space Protocol and benefits not only from the input of experts from the space industry but also from ideas exchanged with experts from the aviation industry, in the light of their experience, on matters common to all three categories of equipment covered by the Convention.