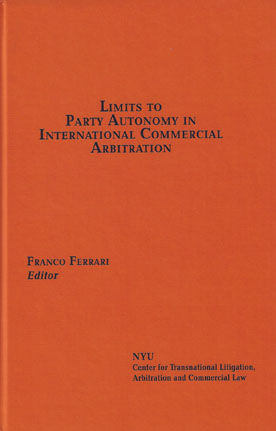 Courts and commentators have often stated that in arbitration “party autonomy is everything.” In effect, where the adjudicative power does not rest on party autonomy, there is no arbitration.

However the papers published in this book, which were presented at a conference hosted by NYU’s Center for Transnational Litigation, Arbitration and Commercial Law that took place in September 2015, show that while party autonomy may trigger everything, meaning the steps necessary for one to be able to speak of arbitration, it is not itself everything.