A Practical Guide to The Liberty Protection Safeguards 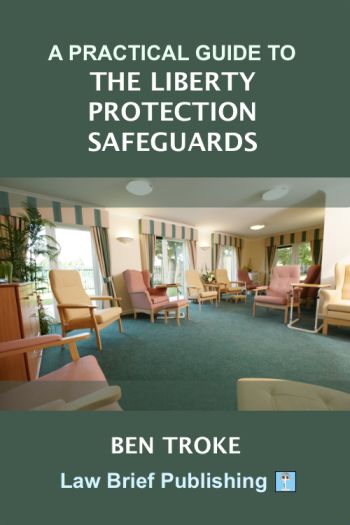 To what extent can arrangements be made (placing someone in a care home against their wishes, for example) in the best interests of someone who cannot make the relevant decisions for themselves which amount to a deprivation of their liberty, and how should that be scrutinised and authorised to protect their human rights?

The current Deprivation of Liberty Safeguards (DOLS) system, in place since 2009, has long been controversial, and has been overwhelmed since a Supreme Court Judgment in 2014 expanded the definition of what “deprived of liberty” means, and massively increased the number of cases that the system had to deal with. Initially due for implementation in October 2020, we now expect the Code of Practice and Regulations to support the new “Liberty Protection Safeguards” (LPS) to be finalised throughout 2021, ready for implementation in April 2022, replacing DOLS entirely.

The new LPS system will bring significant changes, including:

Crucially, the right to appeal to court to challenge any deprivation of liberty, and non-means tested legal aid for this, will remain.

This book will look at: