Beaumont on Barristers – A Guide to Defending Disciplinary Proceedings 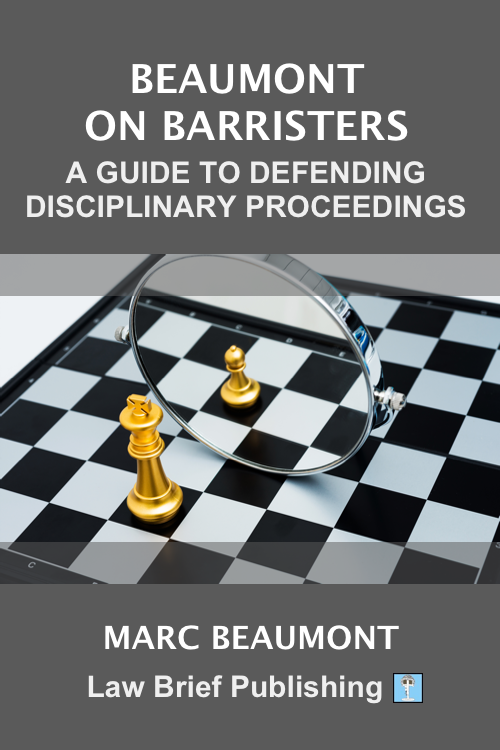 Beaumont on Barristers – A Guide to Defending Disciplinary Proceedings is the first ever publication to examine professional disciplinary proceedings against barristers from the perspective of the defence. It is a significant, learned, but also user-friendly addition to the library of those involved in such proceedings, whether as advisers, advocates, adjudicators or protagonists.

Since 2006, the investigation and prosecution of barristers, has been undertaken by a body independent of the Bar Council – the Bar Standards Board. By the Legal Services Act 2007, the Bar Council (and so the BSB) gained statutory legitimacy as the regulator of barristers. Since then, there has been an unprecedented growth in litigation involving the BSB. The replacement of the Visitors to the Inns of Court with a right of appeal to the High Court by the Crime and Courts Act 2013, has led to a series of important High Court judgments.

The author begins by describing the traumatic and disruptive effect of disciplinary proceedings. He charts the effective collapse of the Bar’s system of discipline, leading to the creation of the Bar Tribunals and Adjudication Service from 2014. He examines the leading Court of Appeal decision in the case of CR. He advises on the best approaches to a BSB investigation and examines the concept of ‘professional misconduct’ and the regulatory scheme. There is a seasoned advocate’s deconstruction of disciplinary trial preparation and conduct. The approach to sanctions is given distinct treatment, before a unique chapter on ‘Barristers and Human Rights’, examining the impact of ECHR Articles, 6, 8 and 10 on barrister discipline. Other chapters cover costs, disposal by consent, appeals to the Administrative Court and defending complaints made to the Legal Ombudsman.

This highly original book, which draws on unreported case law, takes an area of law that is misunderstood and stigmatised and elevates it to the level of a respectable legal specialism, whilst being both the reader’s friend and guide.