Under the Wig: A Lawyer's Stories of Murder, Guilt and Innocence 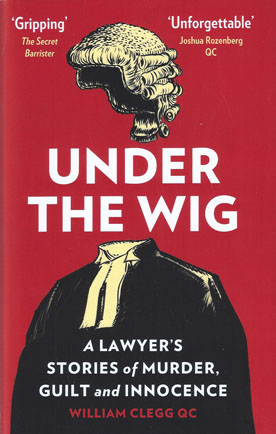 How can you speak up for someone accused of a savage murder? How do you sway a jury? Or get a judge to drop a case?

In this vivid memoir, William Clegg QC revisits his most intriguing trials, from the acquittal of Colin Stagg to the murder of Jill Dando, and from Britain’s first Nazi war criminal to the man given life because of an earprint.

All the while he lays bare the secrets of his profession, from the rivalry among barristers to the nervous moments before a verdict — and how our right to a fair trial is now in peril. Switch off the TV dramas and plunge into the criminal law in action.