A Woman in Law: Reflections on Gender, Class and Politics 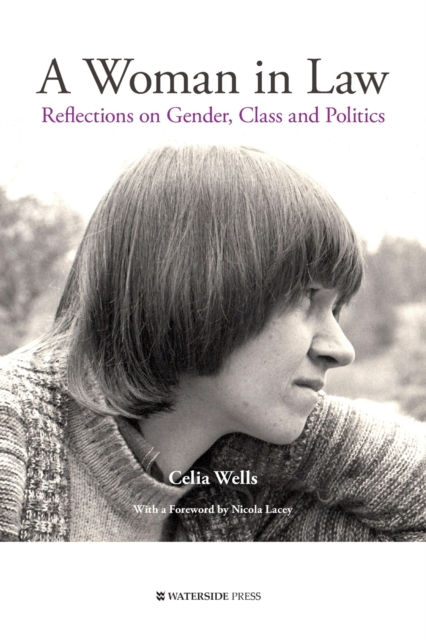 Celia Wells always felt like an outsider. Her unconventional early life was shaped by her Communist Party parents, she grew up as `town' not `gown' in Oxford, surrounded by books but living in a council house.

She has uncovered an intriguing backstory with a bigamous grandmother, a convicted forger cousin transported to Australia in the 1840s, and the rise and fall of landed gentry.

The author describes her parents' bohemian friends and their coded language and uses their original wartime correspondence to produce a picture of a fascinating heritage which ran against the grain and shaped an inquiring mind. A Woman in Law shows how the post-war political landscape provided opportunities for women yet failed to shift many entrenched advantages of gender and class.

Tracing the rocky path to becoming Cardiff University's first female law professor, the author shows how her distinctive academic research led to different approaches to teaching criminal law as well as contributing to key reforms described in the book.

As she asserts, `I wanted to write about my rather confused political and cultural background, and to relate it to my professional and personal life, to my academic writing, to my relationships, and my beliefs, my experiences of suicide and addiction in my close family.'