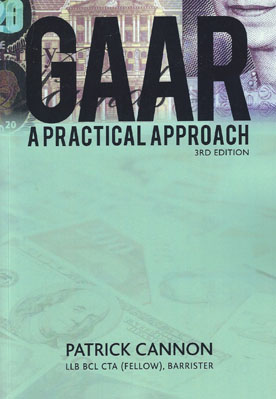 The General Anti-Abuse Rule, or GAAR for short, is upon us. Its stated purpose is to enable HMRC to counteract tax advantages arising from “abusive” tax arrangements. However its real function is to deter taxpayers from entering into aggressive tax avoidance schemes. But what is “aggressive”?

HMRC’s GAAR Guidance as approved by the GAAR Advisory Panel will provide an indication of what may or may not be reasonable tax planning and in any actual case HMRC must first obtain the opinion of the Panel as to whether the arrangements are reasonable. But views in this emotive area differ and one man’s sensible tax planning is another’s abusive avoidance.

The tribunals and the courts remain the final arbiters of what tax planning succeeds and what fails under the GAAR. While the GAAR probably kills marketed tax avoidance schemes, the attention of responsible tax advisers is turning to bespoke arrangements typically of the sort with a commercial purpose but with a tax advantage built in.

How will such transactions fare under the GAAR? How far can you go? One thing seems certain and that is enormous uncertainty will be created for at least the next several years as the GAAR beds in and experience of its application is gained by taxpayers, HMRC, the Advisory Panel, the tribunals and the courts.

The purpose of this book is to provide tax advisers with a practical guide to understanding and applying the GAAR at both the planning stage of clients’ transactions and also afterwards should HMRC raise the possibility of a challenge under the GAAR.