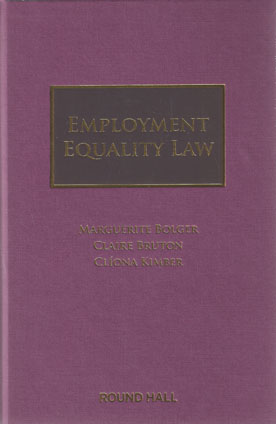 It covers Irish law, as well as EU law and decisions of the European Court of Justice, and on occasion, important precedents from other jurisdictions.

It provides a detailed consideration of the Employment Equality Acts 1998-2011 and the area of non-discrimination law in Irish and EU law. It covers Irish law, as well as EU law (including the Charter of Fundamental Rights of the European Union) and decisions of the Court of Justice of the European Union, and important precedents from other jurisdictions.

It presents the sometimes complex concepts and procedures in employment equality in a practical and accessible manner as well as giving a deeper perspective to those that want it.