Constitutionalism and Legal Change in Myanmar 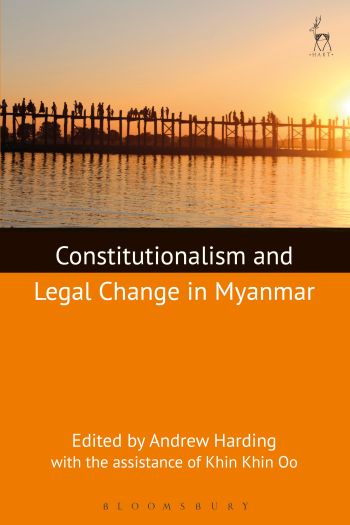 Myanmar’s Constitution of 2008 was the ‘road map’ for the reform process that began in 2011. Despite extensive criticism of this Constitution for its emphasis on the role of the military, much progress has been made towards constitutional government and law reform.

The opposition led by Daw Aung San Suu Kyi has repeatedly called for constitutional changes, and currently the Constitution is subject to a review process which is intended to be completed before the elections scheduled for 2015. Much has been made of the Constitution’s rigidity, which is seen as an obstacle to reform and inconsistent with a rapidly transforming state and society, embracing the rule of law, human rights and multi-party democracy. Nonetheless, the Constitution is also seen as having potential as a very positive force for reform.

Many issues arise now for constitutionalism and constitutional change arise: presidency; federalism and territorial governance; the status of minorities and freedom of religion; civil liberties in what is described as a ‘discipline-flourishing democracy’; the courts, justice and the rule of law; the electoral system; and many more. The present book is an attempt to gauge the extent and potential for the entrenchment of constitutionalism in Myanmar in a rapidly changing environment.