A new edition has been published, the details can be seen here:
Dutfield and Suthersanen on Global Intellectual Property Law 2nd ed isbn 9781782548843 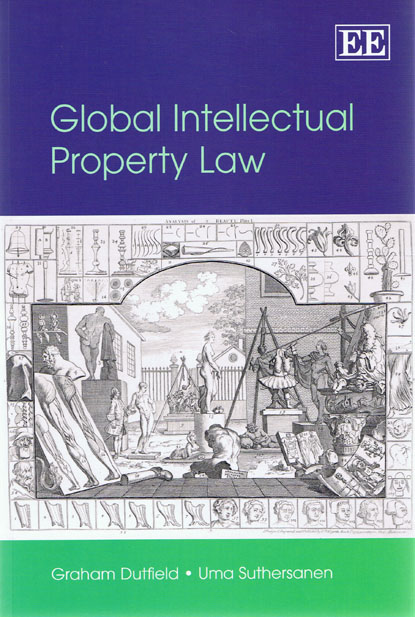 Intellectual property has moved into the mainstream of national economic and developmental planning; in the recent past it has also emerged as the central impetus in multilateral trade relations. The authors of this original and progressive textbook trace the evolving remits of intellectual property, which are rapidly expanding to embrace new subject matter and increase the scope of protection.

This creates conflicts with current trade, development, cultural, ethical, human rights and economic mores.This book reflects on intellectual property as it stands at the crossroads of these values. It considers the challenges presented by such developments as the commodification of persona, the commons, and life itself.

Most significantly perhaps, the book examines the impact of intellectual property on the international stage, especially in respect of trade, development, economics and biological and cultural diversity. It is sure to become an invaluable reference work for scholars and students of intellectual property, international law, public policy, politics, government, human rights and development, as well as legal practitioners.