Hallmark: A Judge's Life at Oxford 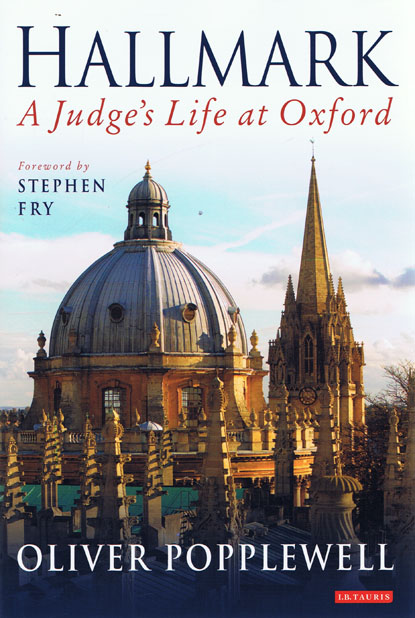 Sir Oliver Popplewell became, in his own words, officially 'judicially senile' after a distinguished career at the Bar, as a High court judge specialising in defamation, arbitration and sports law - an appropriate niche for a Cambridge cricket Blue. And in public life he achieved prominence as chairman of important public enquiries such as the Bradford Stadium disaster.

Hallmark: A Judge's Life at Oxford, the sequel to his acclaimed autobiography, Benchmark: Life, Laughter and the Law, tells how he went to Oxford University to read Philosophy, Politics and Economics as the oldest undergraduate ever to be admitted - with considerable press and media coverage and good-natured amusement among family and friends.Here is a sharply observed, sympathetic yet critical picture of modern Oxford seen from the perspective of a leading judge and public figure who could contrast this experience with his Cambridge days from the late 1940s.

But this is much more than the story of an older student. It is hugely entertaining account of a life lived to the full. Sir Oliver takes his readers into his confidence, shares his experience and presents a unique facet of a fascinating life which can serve as a warm but sharply observed social and cultural history of modern Britain.