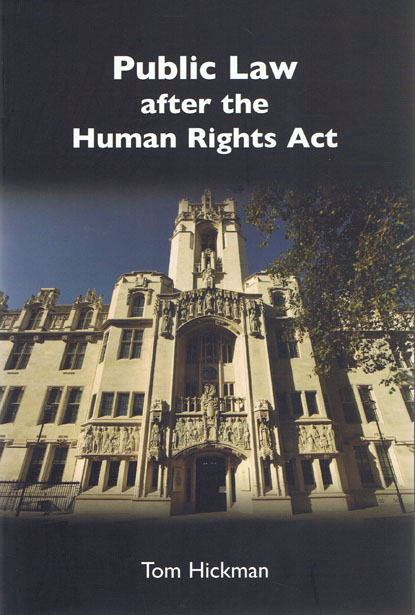 What is the Human Rights Act? What is its relationship to the common law? Is there a need to invent new doctrines of public law to accommodate the Act? Will it lead to the extinction of established doctrines? What should be the effect of the Act on the structure of public law as a whole?

Ten years after the HRA came into effect and, remarkably, these questions remain unanswered. Public Law after the Human Rights proposes an understanding of the HRA's constitutional status and its effect on public law that answers each of them. Unlike other books on the HRA, the book looks beyond the Act itself to its position in public law as a whole.

The book explains and articulates in novel ways the relationship between the Act and administrative and constitutional law. It suggests that the HRA builds on the common law constitution both theoretically and in terms of the mechanics of how public law works. The book draws together a practical understanding of public law, and a close attention to the case law, with a broader historical and theoretical approach to the subject area.

The discussion focuses on core topics in modern public law, (1) the constitutional status of the HRA, (2) its effect on central doctrines of public law such as reasonableness, proportionality and process review (each of which have a separate chapter), (3) the structure of public law after the human rights act, (4) derogation and emergencies, and (5) the right of access to a court.

Contents:
Acknowledgements
Introduction
1. The HRA and the Common law
2. Constitutional Theories and Constitutional Dialogue
3. Public law standards
4. Weight and deference
5. Proportionality
6. Reasonableness
7. Process review
8. The Structure of Public Law after the Human Rights Act
9. Emergencies, derogation and detention
10. The right to a court